We are never eager to eliminate an African nation from the World Cup of Food.  African food, before we took on this endeavor, has been a subject of which we knew little, and what we have discovered has been a joy to experience.  Madagascar and Morocco have proven to be no exceptions.

END_OF_DOCUMENT_TOKEN_TO_BE_REPLACED

Morocco is famous in Western culture for a lot of things: the film Casblanca, the fez hat, the once-seedy underbelly of Tangier (and its citrus fruit the tangerine), and the High Atlas Mountains.  As far as the food is concerned, easily the most important Moroccan export is couscous.  To us, calling couscous Morocco’s national dish is a little like saying that rice is Japan’s or that mashed potatoes are the United States’ national dishes; while probably true, those statements do not shine a lot of light on their national cuisines.  In search of something more interesting to present here, we noticed that every single Moroccan cookbook had a recipe for a particular dish, a tagine (a Moroccan stew named after the clay pot in which it is traditionally prepared) of chicken with olives and preserved lemons (recipe follows).

END_OF_DOCUMENT_TOKEN_TO_BE_REPLACED

Preserved lemons (recipe follows) are an essential ingredient of Moroccan cookery.  Packed in salt and pickled in the brine made from their own juices, the pith of the lemons lose their bitterness almost completely and the peels are used to accent all manner of savory Moroccan dishes, from stuffed poultry and whole fish to rich Moroccan stews and soups.  The traditional method, in which quartered or slitted lemons are simply packed tightly in salt, takes at least four weeks to complete.  We wondered if their was a faster, reasonably acceptable alternative.  Enter Claudia Roden’s excellent Arabesque: A Taste of Morocco, Turkey, and Lebanon

.  Roden’s technique softens the lemons with a quick boil in salty water before packing them in olive oil.  Ready in just four days, these lemons are a neat trick for the time-starved preparer of a Moroccan meal.

END_OF_DOCUMENT_TOKEN_TO_BE_REPLACED

On the African island of Madagascar, edible green leafy vegetables abound, lending themselves nicely to what is probably the country’s national dish: romazava (recipe follows).  Available meat and poultry, like chicken or the locally prevalent cattle zebu, supplement the dish and create a one-course meal.  Chilies and ginger give the dish some kick, and the spicy dish that results is a great foil to Madagascar’s tropical climate.

END_OF_DOCUMENT_TOKEN_TO_BE_REPLACED

Swedish food, and Scandinavian food in general, puts fish and potatoes ahead of just about everything else.  Ukrainian food is all about the root vegetables, with an ample dose of pork and beef for good measure.  Knowing what we know about each, which do we prefer?

END_OF_DOCUMENT_TOKEN_TO_BE_REPLACED

Thanks to the twentieth century’s political upheaval of Eastern Europe, the rise of Communism and the Soviet influence, and the subsequent independence of the former Eastern Bloc nations, there has been a lot of mutual influence between Ukrainian, Russian, and Polish culture.  Ukraine’s most famous dish, the purple vitamin powerhouse borscht (recipe follows), a filling main course soup that gets its signature color from its main ingredient, beets, could be reasonably claimed by its neighbors, and in fact many nations in the region have their own versions.  The Ukrainians would tell you theirs is the best, and we are inclined to believe them.

END_OF_DOCUMENT_TOKEN_TO_BE_REPLACED

The idea of soup for dessert might seem strange, but for Swedes it’s simply a part of their food culture.  Nyponsoppa, rose hip soup (recipe follows) utilizes an abundant, vitamin-rich food resource in Scandinavia to create one of the country’s most celebrated desserts.

END_OF_DOCUMENT_TOKEN_TO_BE_REPLACED 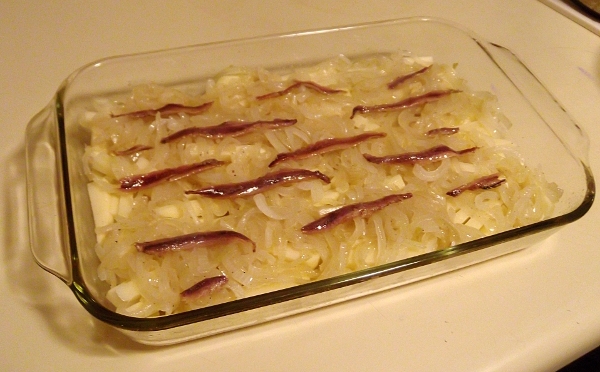 What constitutes an irresistible temptation depends a lot on how a potentially tempted person was raised.  A person that grew up on an American diet would likely not be moved by Jansson’s frestelse (“Jansson’s temptation,” recipe follows), a Swedish specialty of potato sticks baked in anchovies, onions, and cream, but to a Swede the lure is innate.

END_OF_DOCUMENT_TOKEN_TO_BE_REPLACED

Argentine and Canadian lands span nearly from the North Pole to the South Pole, and as one might expect from regions so geographically separated, their food traditions differ considerably.  Since The World Cup of Food is about finding the best world cuisines and eliminating the rest, today we welcome one of these nations to the next round of our competition and part ways with the other.  Greece awaits our winner.

END_OF_DOCUMENT_TOKEN_TO_BE_REPLACED 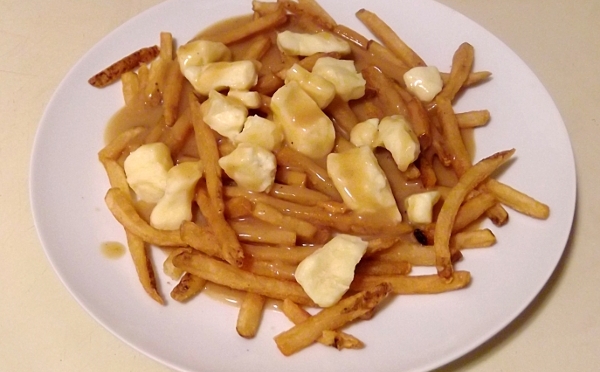 Today’s Canadian table is what it is due to three main influences: French and British, whose empires colonized the country, and the First Nations, the Native American tribes that have inhabited Canadian lands for millennia.  Most Canadian meals would be recognizable in the United States, but our neighbors to the north have a few specialties of their own.  Montreal smoked meat is a pastrami-like deli meat that is salt-cured before being smoked, then sliced into sandwiches.  Maple syrup is a Canadian invention, developed by First Nations peoples of Canada’s Atlantic coastal region centuries ago.  If Canada has a national dish, though, it is poutine, a French-Canadian twist on French fries that tops the fried potatoes with gravy and cheese curds.

END_OF_DOCUMENT_TOKEN_TO_BE_REPLACED

The World Cup of Food

The World Cup of Food

Our Most Popular Posts

The World Cup of Food's mission is to determine the world's greatest cuisine by pitting country against country until only one champion remains.